Login to your vCenter Server, using the vSphere Web Client.

If there is a need to rename the never booted VMDK file, use the following command back on the Mac computer.

Customize the VM hardware to your template needs. But don’t attach a CD/DVD or a ISO/DMG file, because we are of cause not going to install a OS in the normal way.

Power on the machine, a single time, to initialize the hardware.

In the Console you should see something similarly to the image below. 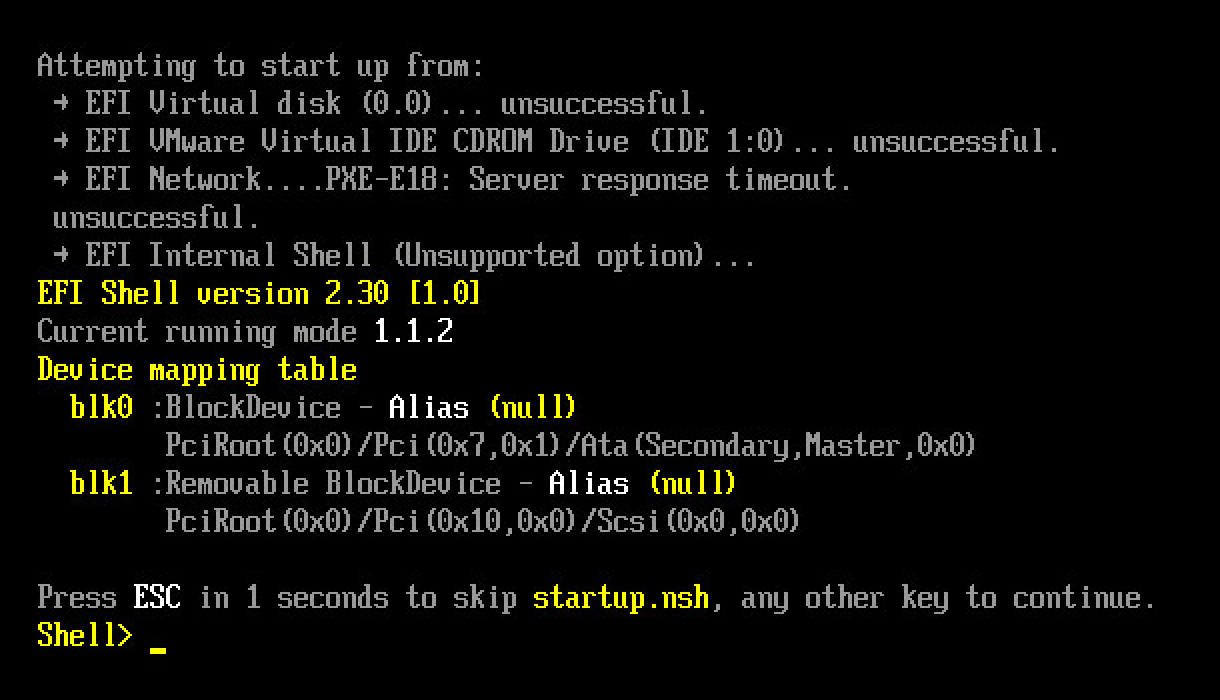 After that, cut the power to the VM, by choosing ‘Actions -> All vCenter Actions -> Power -> Power off’.

In the vSphere Web Client, to browse a Datastore, navigate to:

Go into the folder of the OS X VM, and then upload both VMDK files, which should have the same name as the VMDK file already in the folder. Accept to overwrite the existing VMDK file, which is just a empty VMDK.

After this, you can convert the OS X VM to a Template, and do a test deployment.

The end result should be a never before booted OS X VM, which already have the VM Tools installed, and have a Administrator account pre-configured.

This series of blog posts consists of the following: