Catching up on 9 months of Veeam stuff

So in the past roughly 9 months a lot of things have happened for me related to Veeam.

Rasmus Haslund and I started the Veeam User Group in Denmark, with the first meeting on Friday the 13th of March 2015.

We had a great attendance of 63 people and gotten Rick Vanover to fly in from USA to give a session.

We had an amazing first meeting, got good feedback for the users and announced at the same time that the second meeting would be held on Friday the 13th of November 2015.

In May I was fortunate enough to be able to attend a VMCE 8 bootcamp day for previous VMCE holders. The bootcamp day was held by my good friend Rasmus Haslund, at one of Arrow ECS’ locations. It was a good day, with plenty of discussions and brush-ups on what had changed in Veeam Backup & Replication version 8. The day ended with the VMCE exam, which I passed with any trouble.

Between these to dates, a team of Veeam people (Doug Hazelman, Clint Wyckoff, Luca Dell’Oca, Mike Resseler, Rick Vanover, Kirsten Stoner and Dmitry Kniazev) announced the Veeam Vanguard community program. Rasmus and I was amongst the first batch selected as Veeam Vanguards.

As with any good community influencer program, we were some benefits. But the best perk we got was a trip to Veeams own conference, VeeamON in Las Vegas in late October. 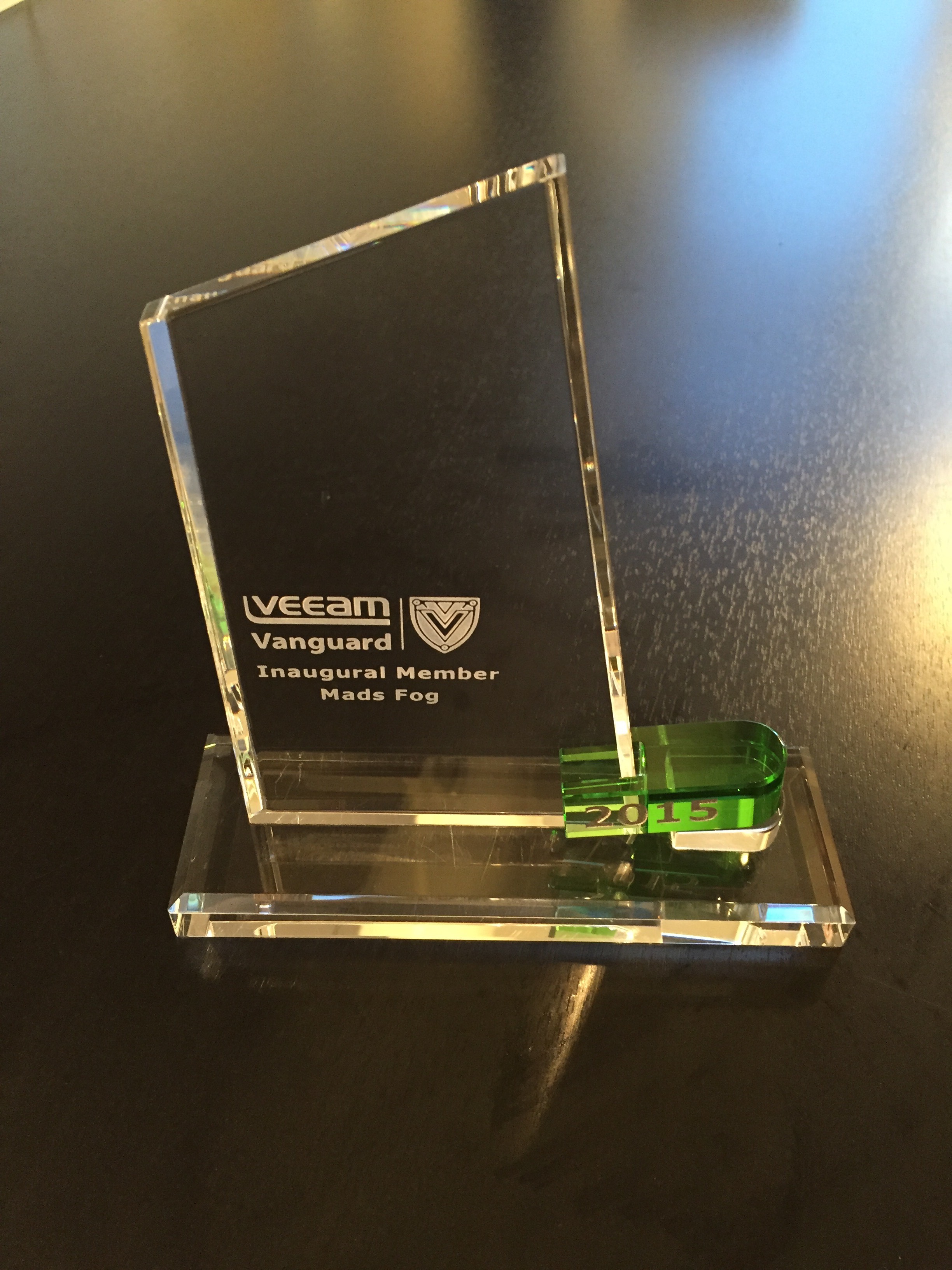 We had a short welcome by Ratmir Timashev (President and CEO of Veeam), which was a very nice surprise.

During the official part of the VeeamON conference, there where several keynotes, which mostly had a very relaxed feel to them, which I liked very much. Veeam of cause highlighted all the new nice features of Backup & Replication v9 during these keynotes, but the also announced 2 new products:

And in perfect Veeam style, the conference was of cause “closed down” with a very cool party at the Omnia Night Club at Caesars Palace on Wednesday night.

On Friday the 13th of November, Rasmus Haslund and I, arranged the second Veeam User Group meeting in Denmark, which was held in Aarhus. We once again had a great turnout of almost 60 people. We had arranged with Veeam, to hold the Veeam Technical Expert Club meeting in the first half of the day, and then in the second half of the User Group meeting was held. That meant a better utilization time for the people attending both.

And as icing on the cake, Rasmus Haslund has just announced that he will be joining Veeam as a Principal Technologist in the Global Education Services team. Veeam is so lucky to have him onboard, and I am very happy for Rasmus in regards to this new exciting part in his career.